We don’t get snow very often in Portland. Maybe once or twice a year, if that. So when we do, it pretty much shuts things down. Especially when we get several inches in a few hours, like we did yesterday afternoon. As I write this, it is snowing again and we are supposed to get several more inches. In between storms, Zakk went out to shovel the driveway and sidewalks late this morning and then we all walked down to the grocery store at the end of the street. 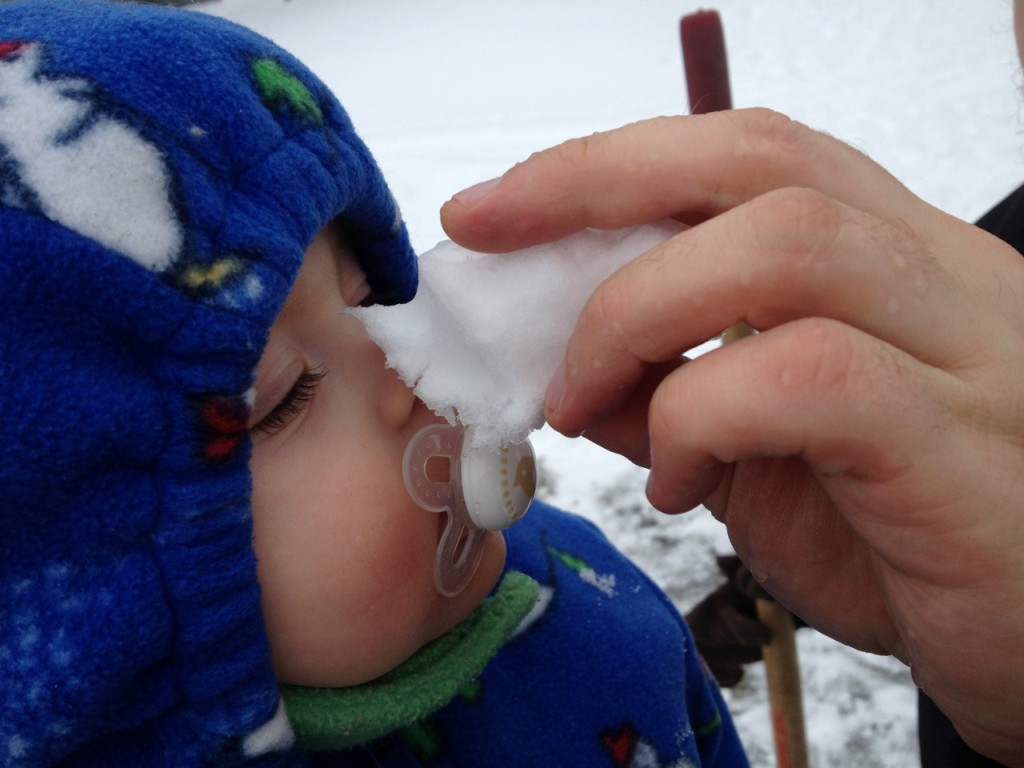 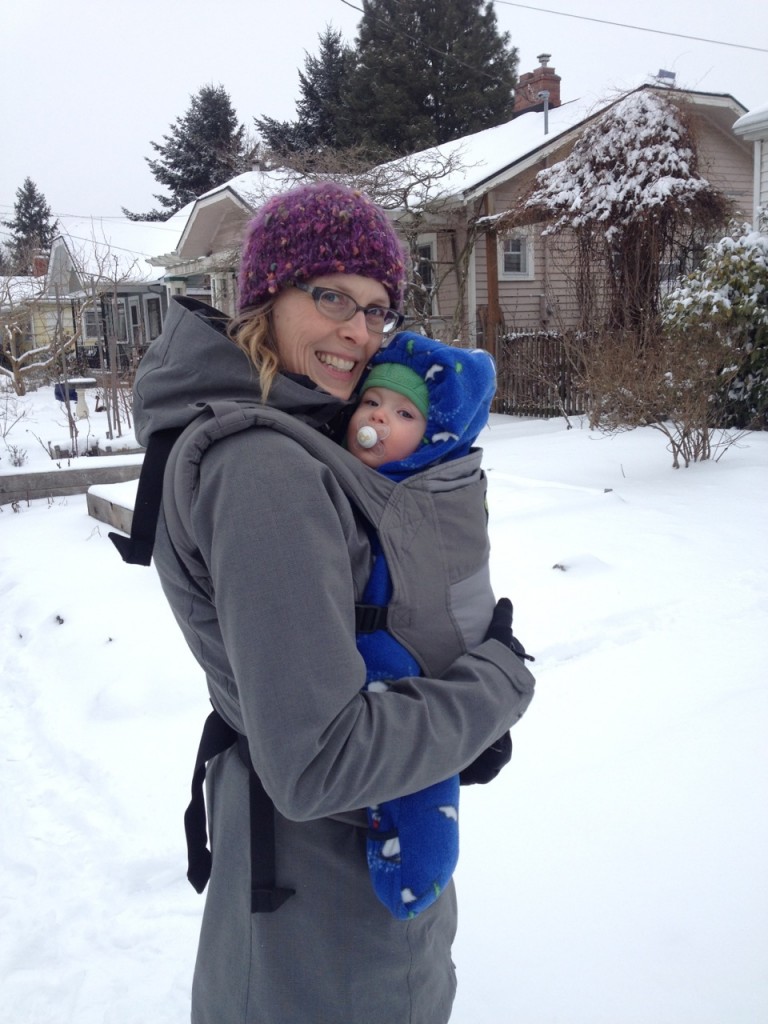 Out for a snowy walk to the grocery store 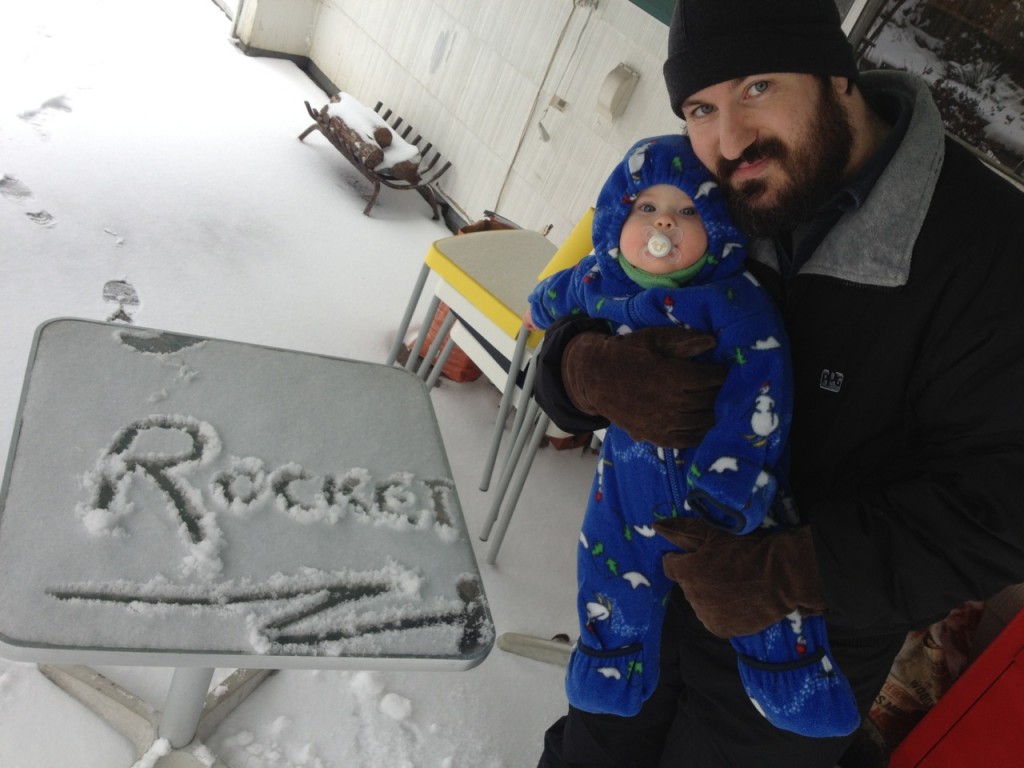 Zakk teaching Colette how to write her name in the snow

Rocket definitely seemed to notice the snow more this time than she did when we got a little bit back at the beginning of December. 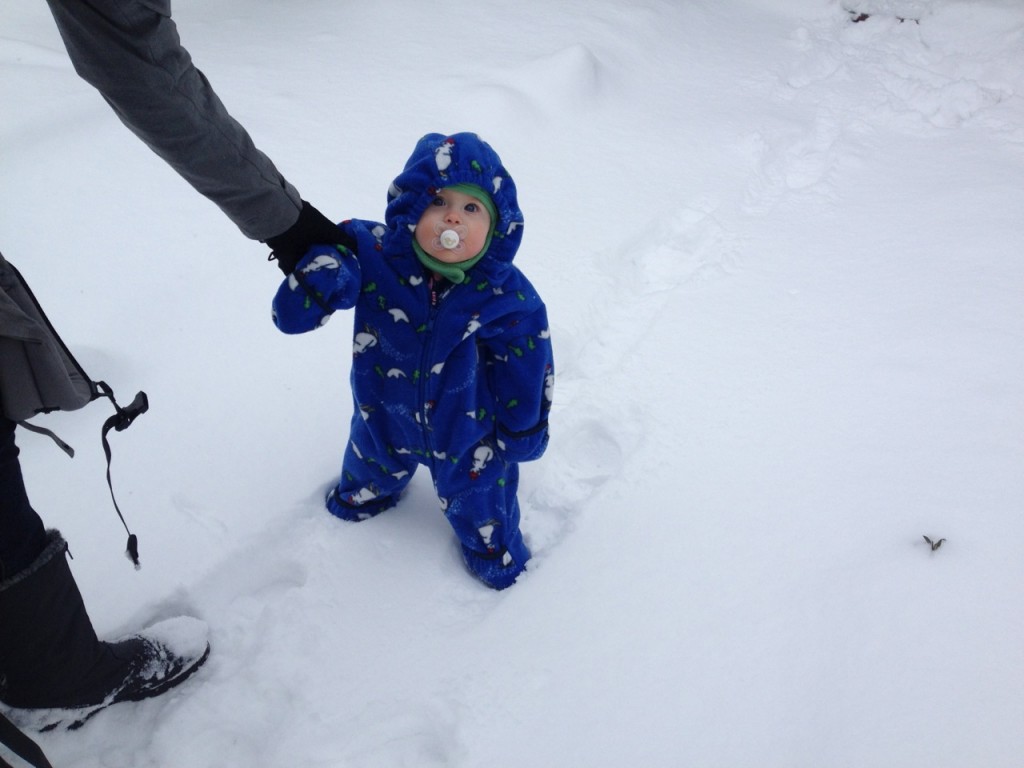 She loves to stand. So, of course, she just locked her legs and stood there when I tried to sit her in the snow. 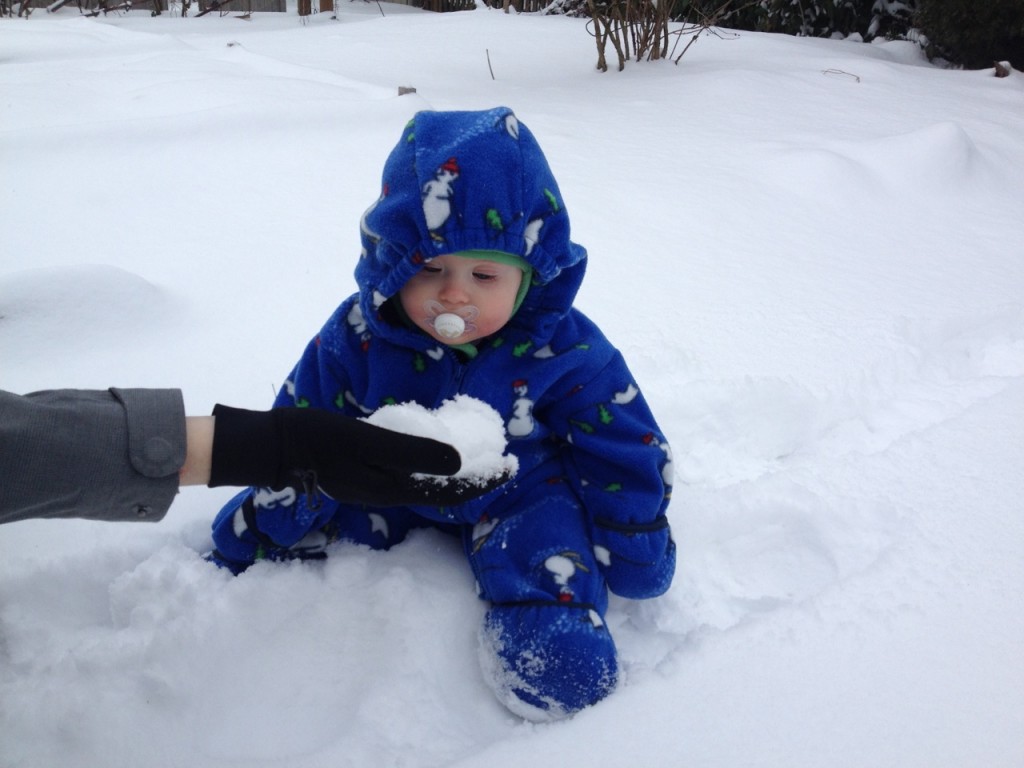 Giving her an up close and personal look at the white, powdery stuff that has taken over our little part of the world. 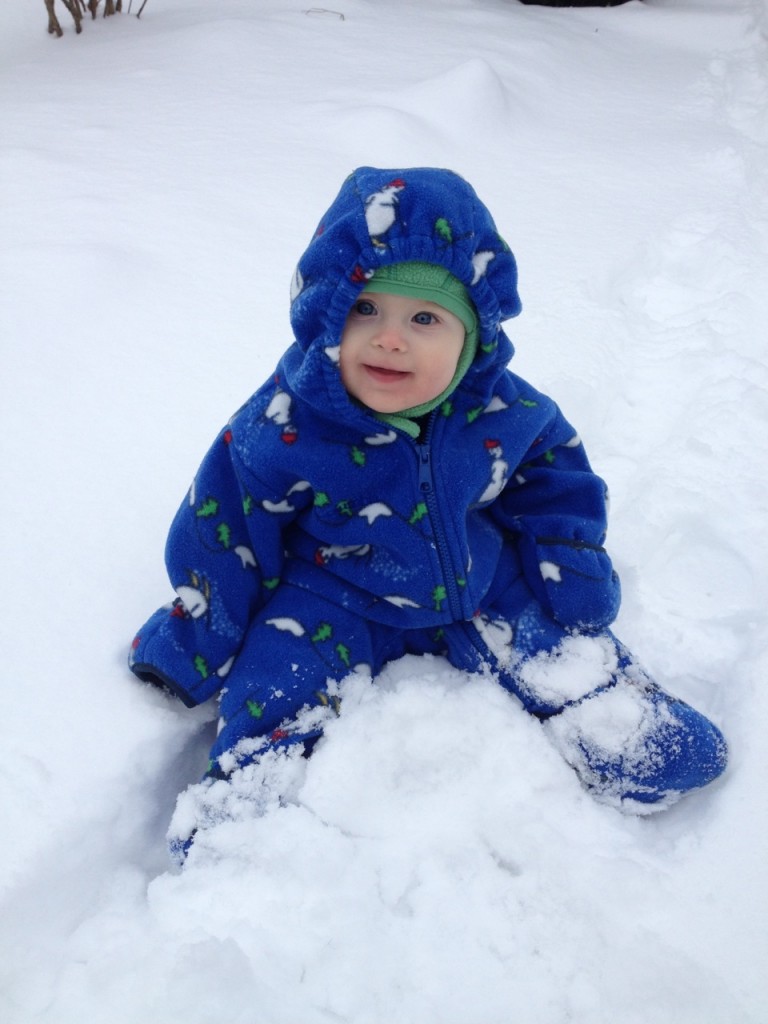 I finally got a smile out of this tired little one!

She was tired and ready for a nap when we made these videos, so it was hard to get much of a reaction out of her. But she did seemed intrigued by the transformation the neighborhood had undergone from all the cold, powdery white stuff.

Now I don’t want to point fingers as to where this might have come from, but my Mom did fly in on Tuesday (along with the drop in temperatures and some snow flurries) and she did come from Ohio where they have been having a terrible winter full of snow and subfreezing temperatures. Maybe there is no connection, but it seems suspicious. 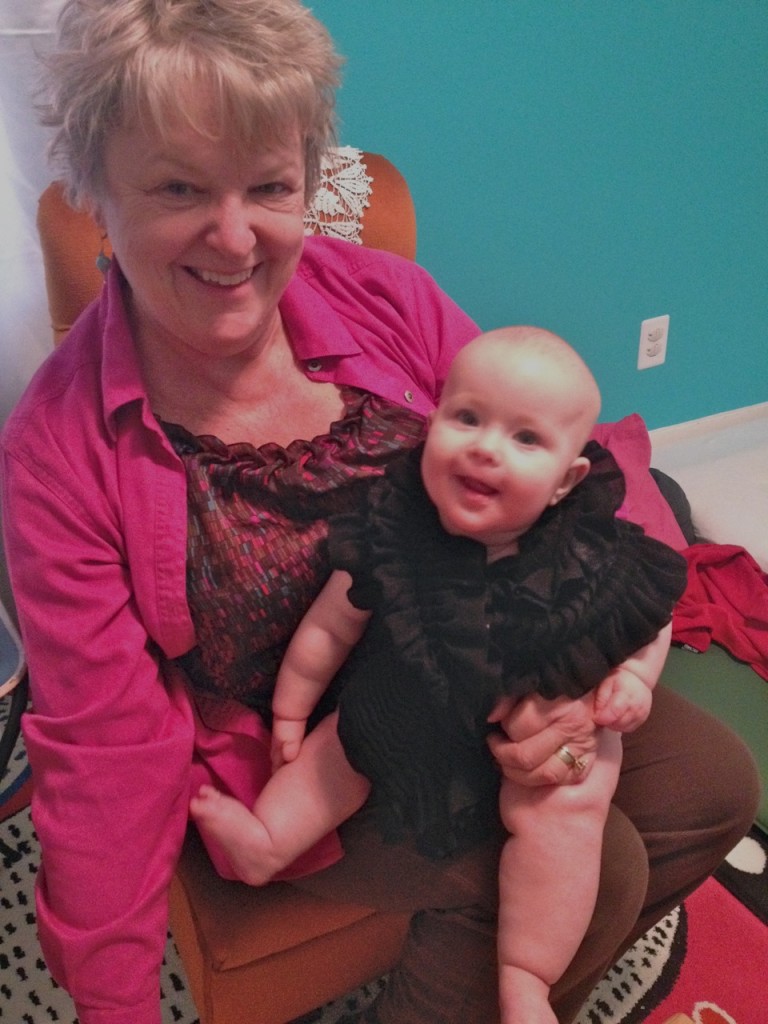 On a sad note, it appears there was a casualty in this snowstorm. I noticed our pond looked empty when Colette and I peeked out her bedroom window to see the snow yesterday afternoon. Then Zakk went outside and confirmed that our pond was indeed empty and the pump was not functioning. We aren’t sure where the water went, but we believe our giant yellow catfish Mustachio could not have survived. Unless there is more water underneath that snow than we think. Only time will tell for sure. 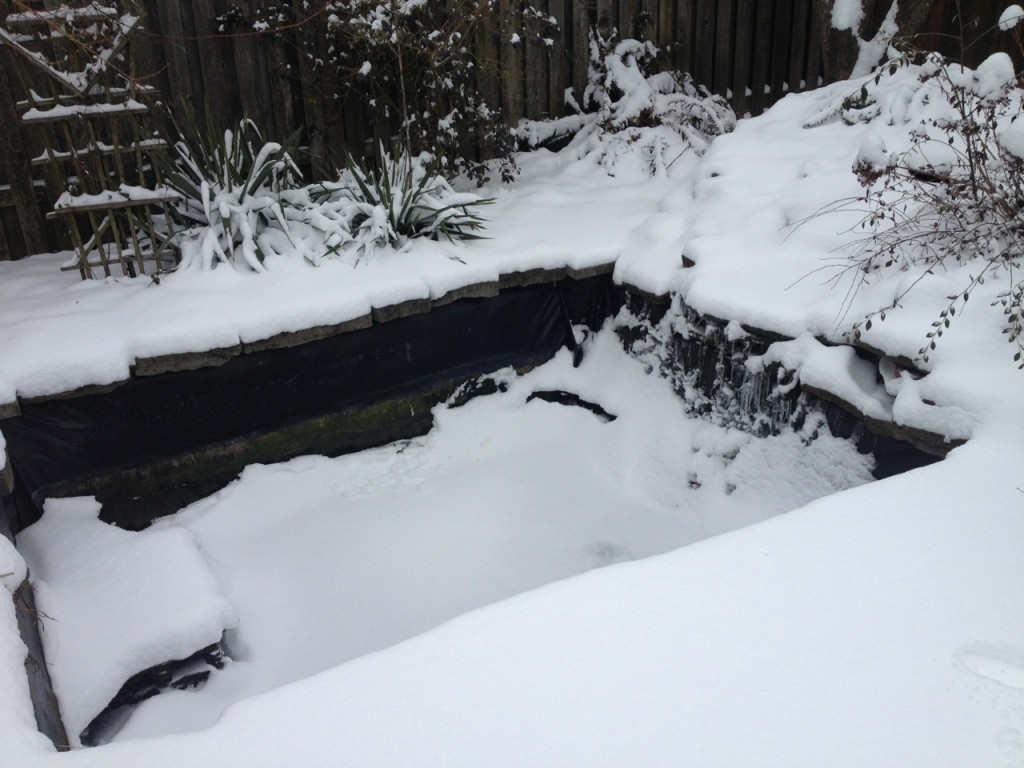