We have yet another snow day in Portland today!

This is the 5th time they have cancelled school this year due to snow and ice, but this is by far the most snow we have gotten this winter. In fact, I read that this is the most snow we have had fall on a single day in more than 40 years! We got about a foot of snow last night here in North Portland and another few inches this morning. Colette and Zakk went out to check it all out and do some shoveling this morning. 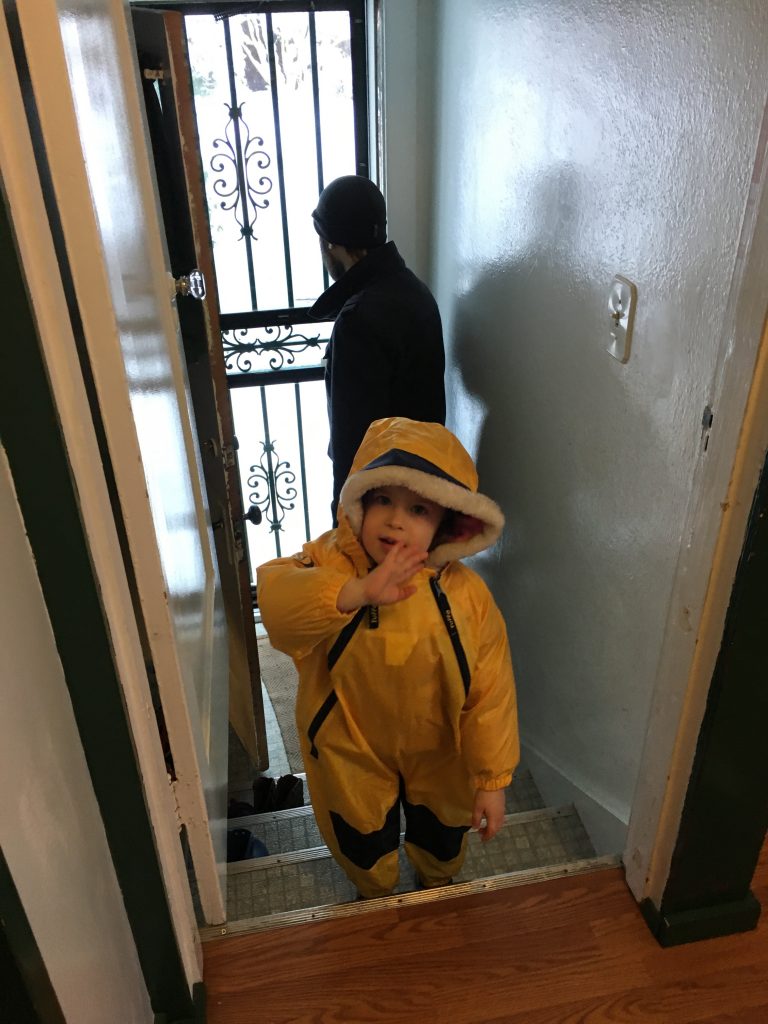 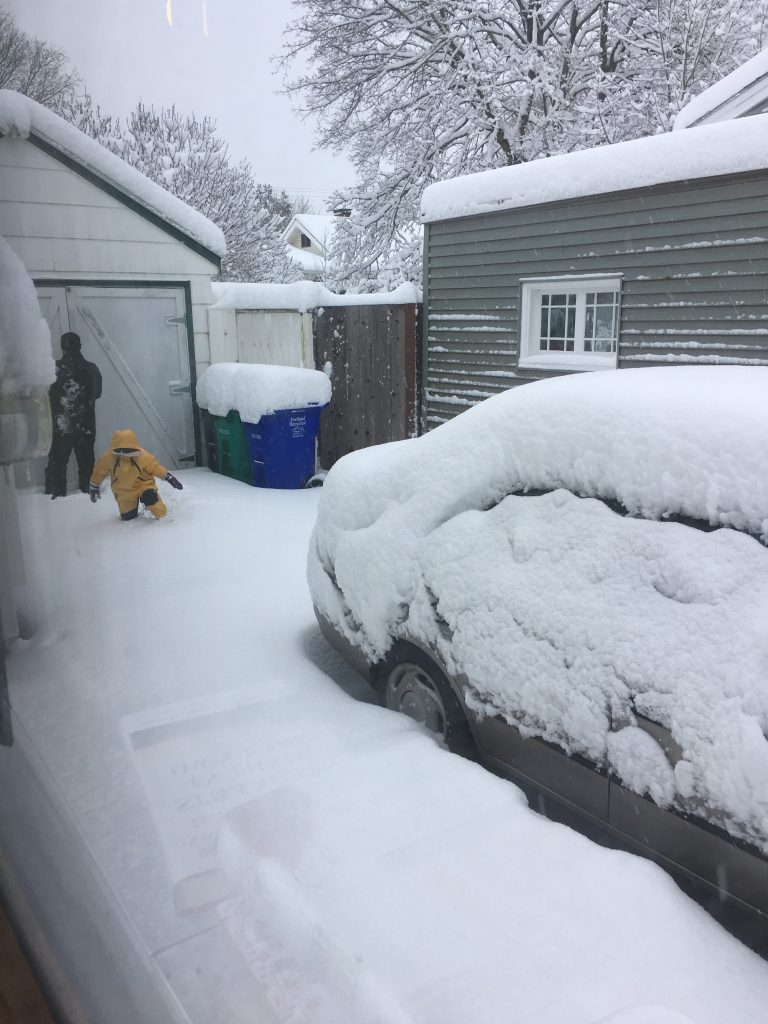 Colette didn’t believe me when I told her the snow was going to come up to her knees! 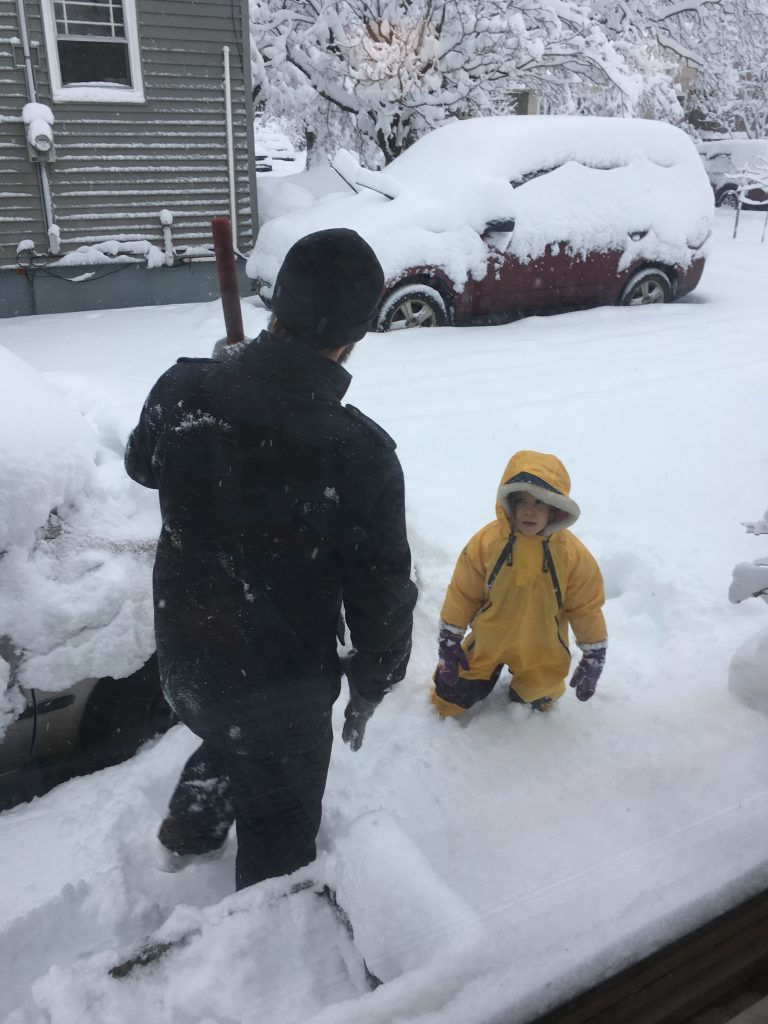 Of course, we don’t have a proper snow shovel because we don’t usually get much snow. In fact, there have been several winters where we have received no more than a dusting, if that. But not this year! So Zakk use our regular metal shovel to clear the sidewalk. And I used the same shovel on Monday to clear the ice that cancelled school for the day. If events so far are an indication of what’s to come, we’re in for a long winter! 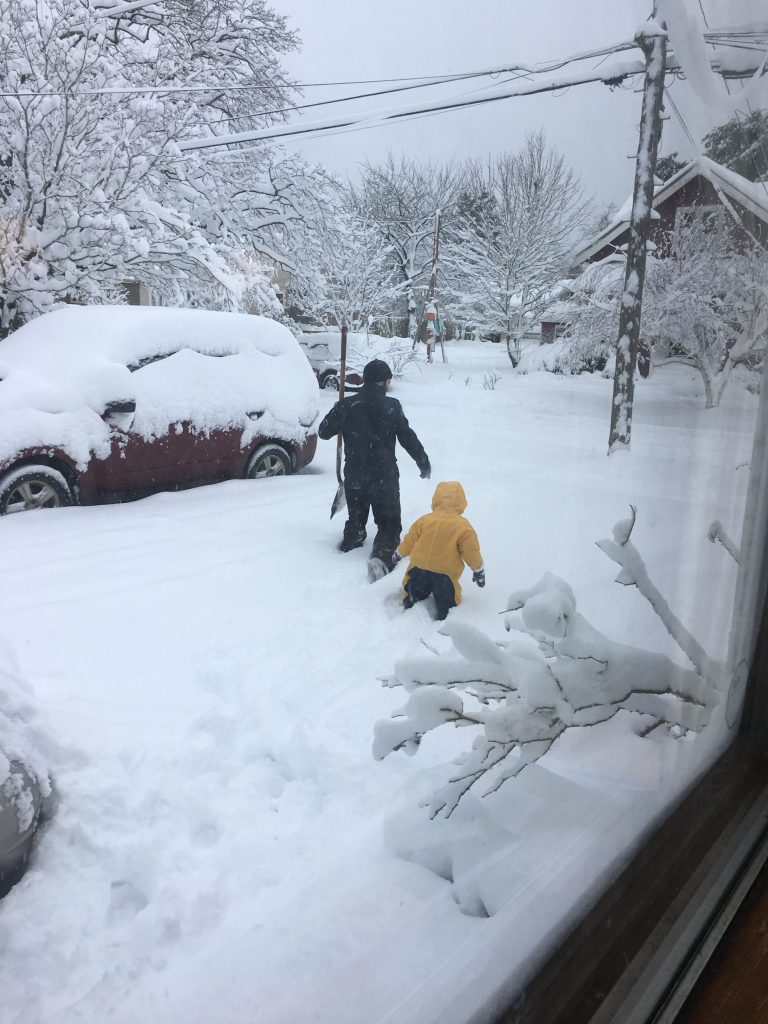 After the shoveling, Zakk and Colette took a break to build a tiny snowman. I’m not sure why they decided to go so tiny when there is so much snow to work with, but it is pretty cute! 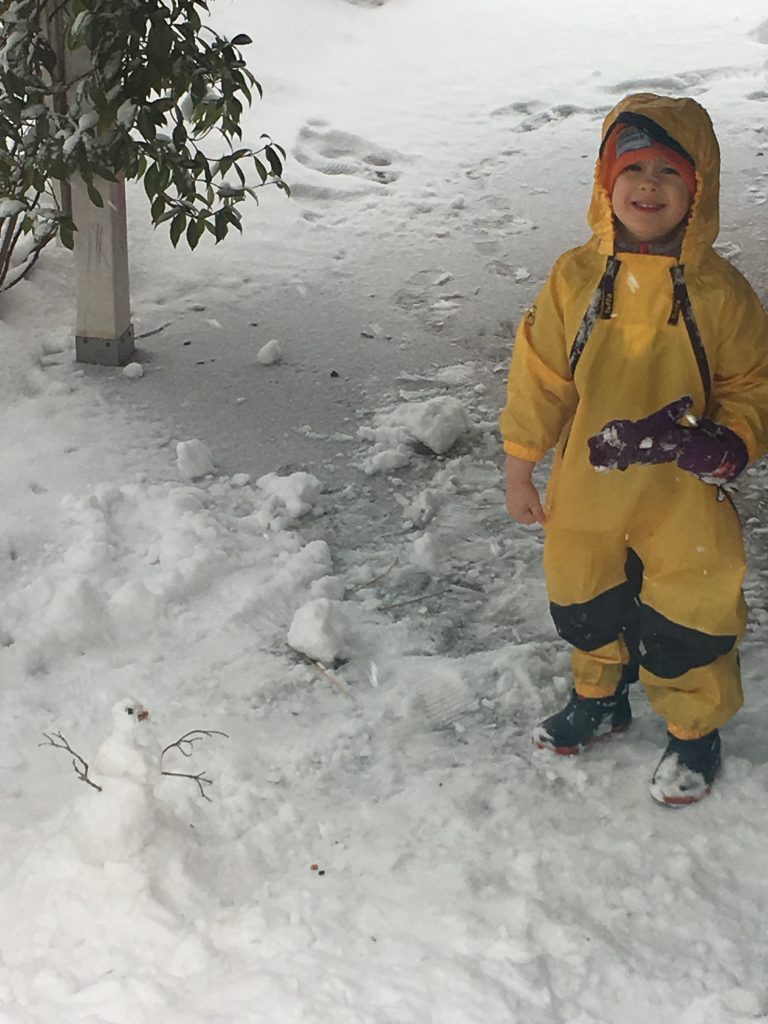 We went out in the snow again this afternoon and had some more fun with our friends down the block. 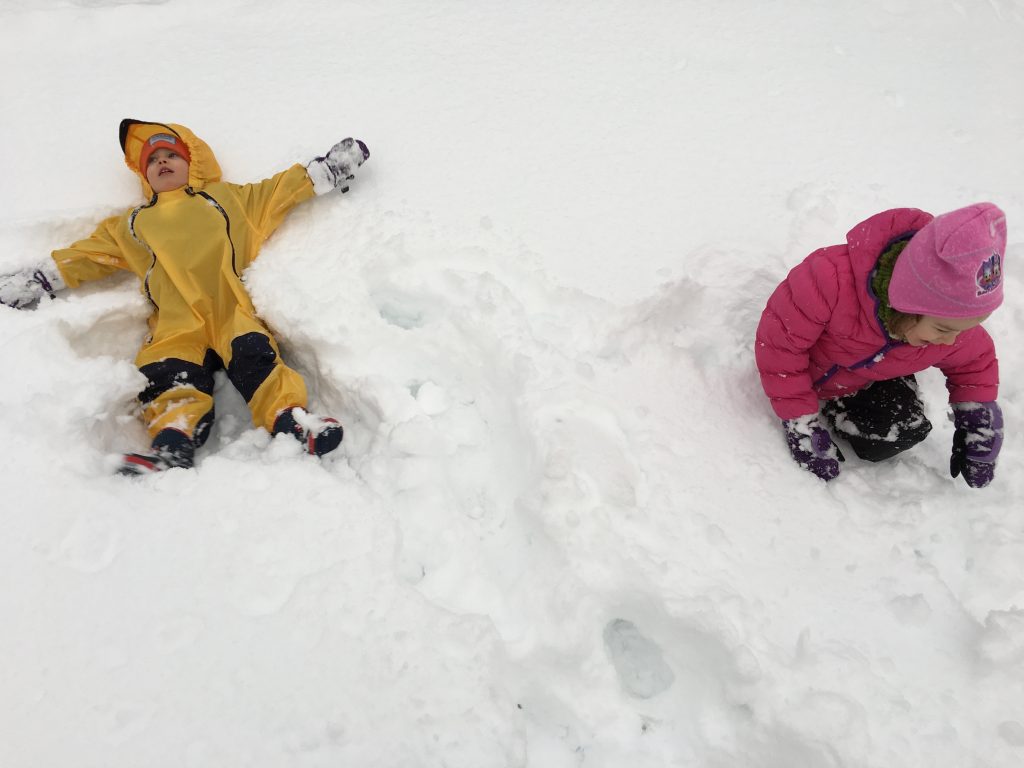 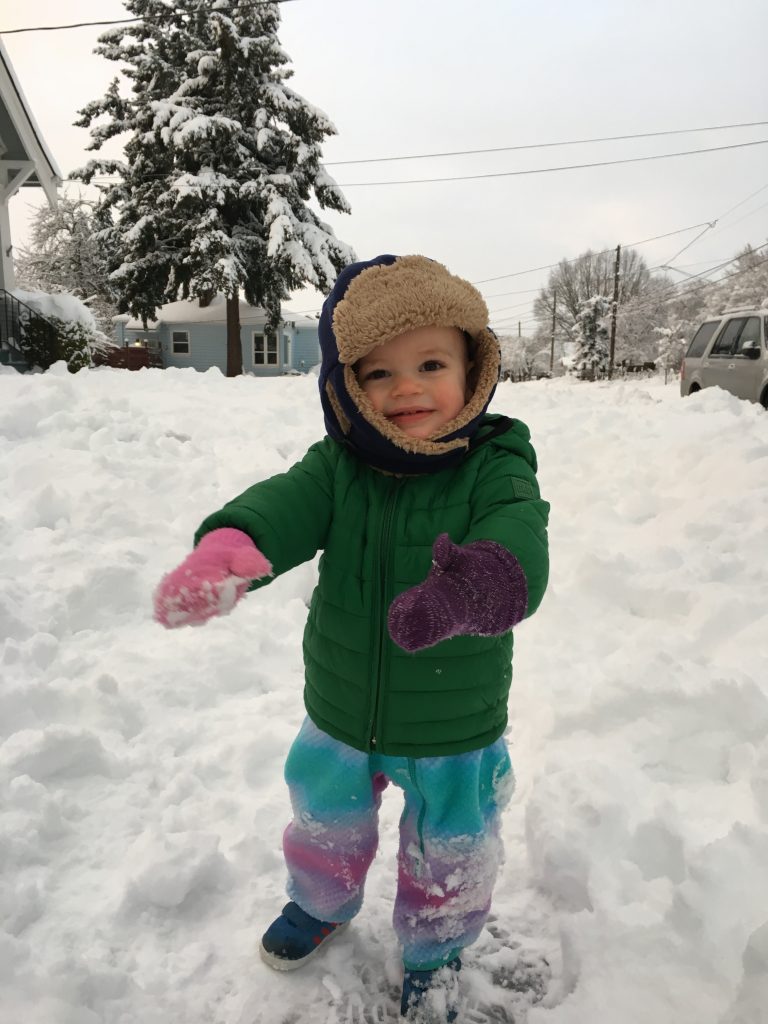 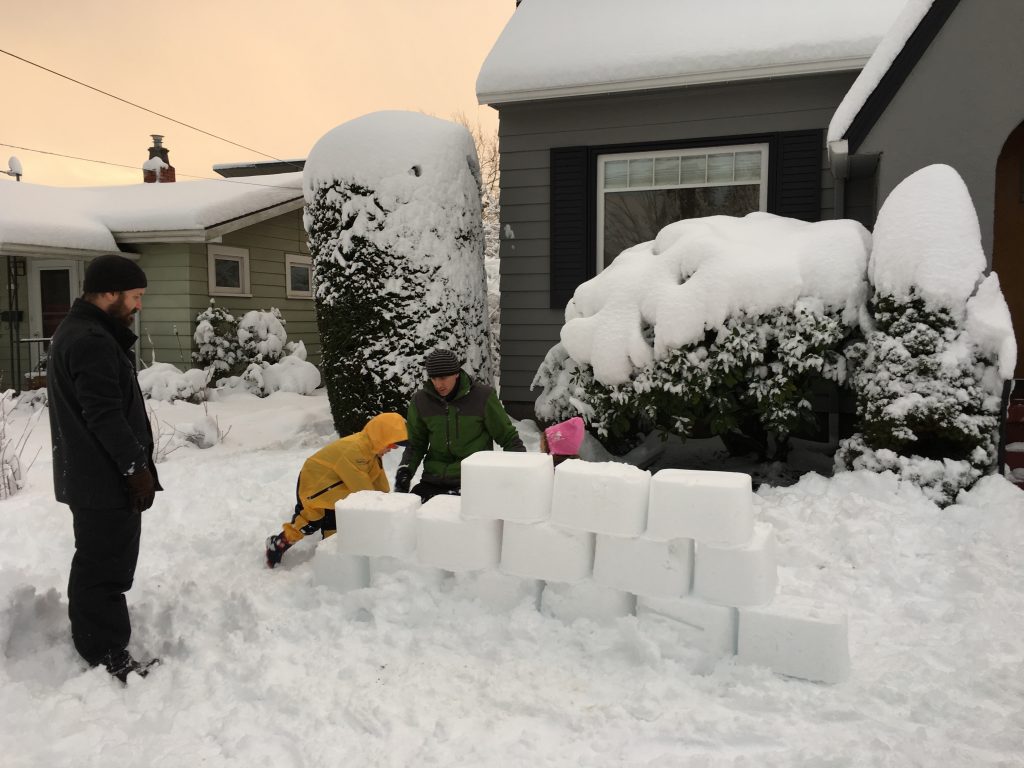 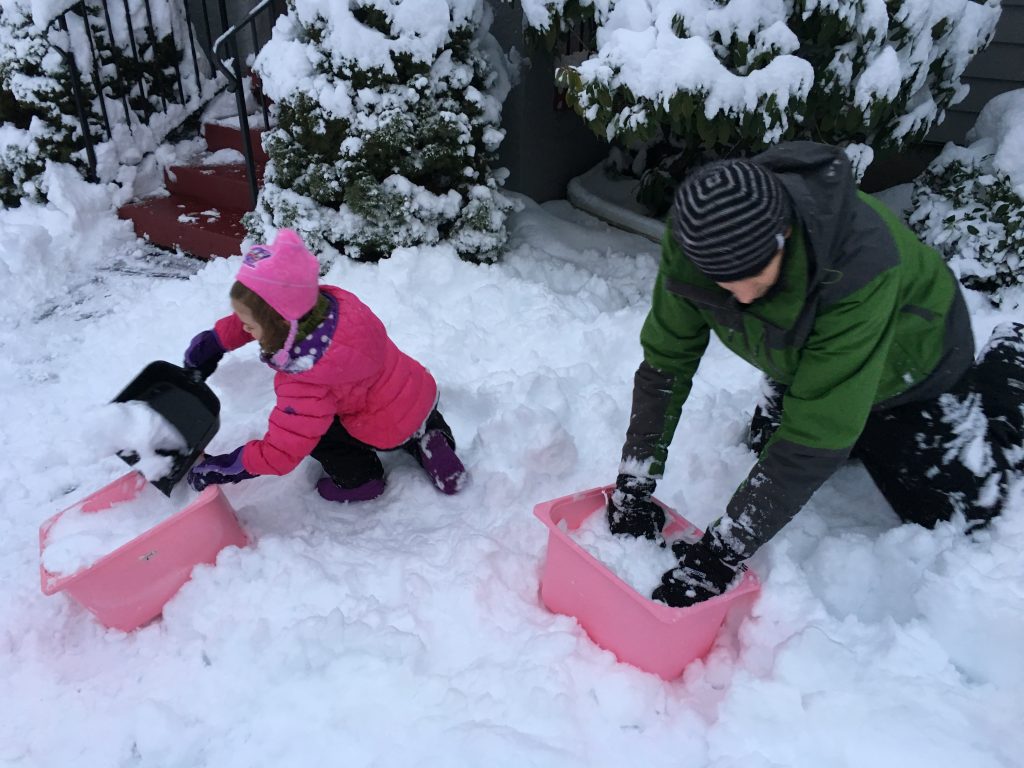 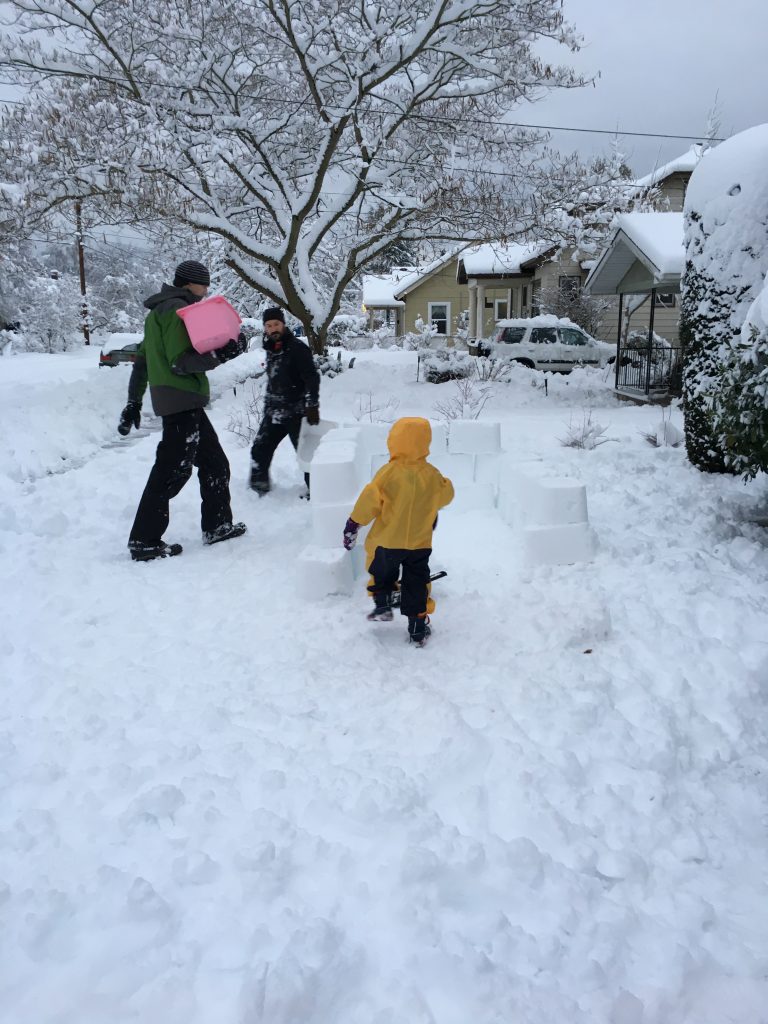 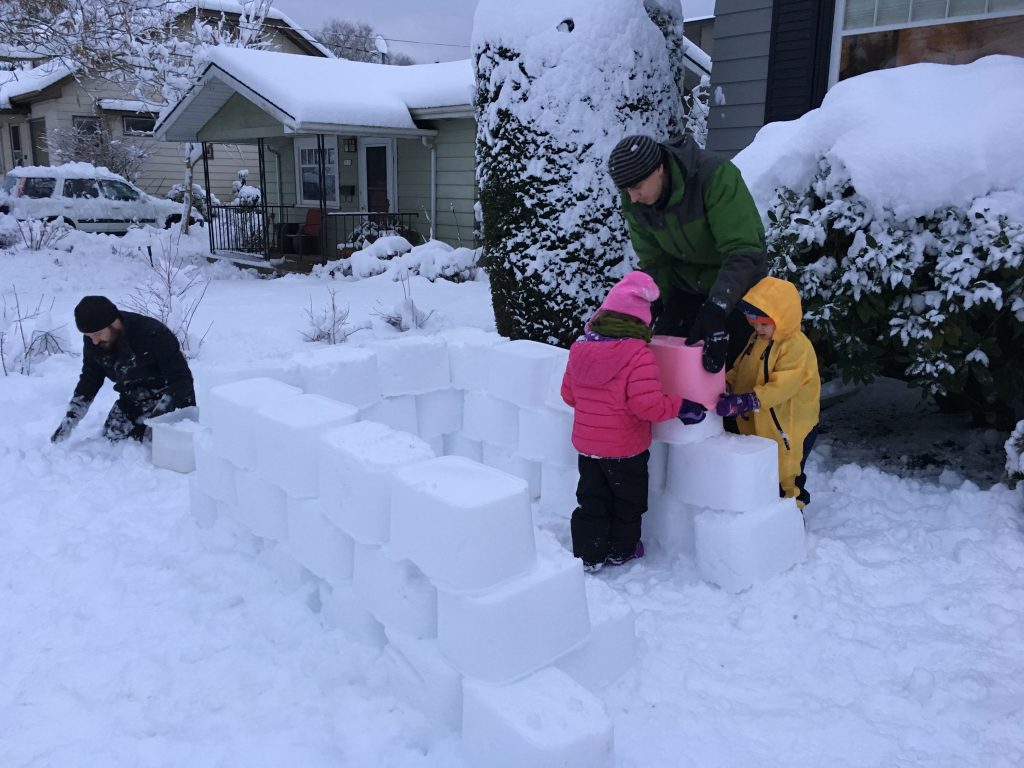 Then Pearl decided to take a snack break.

And Colette decided to join her for a “snow apple”. 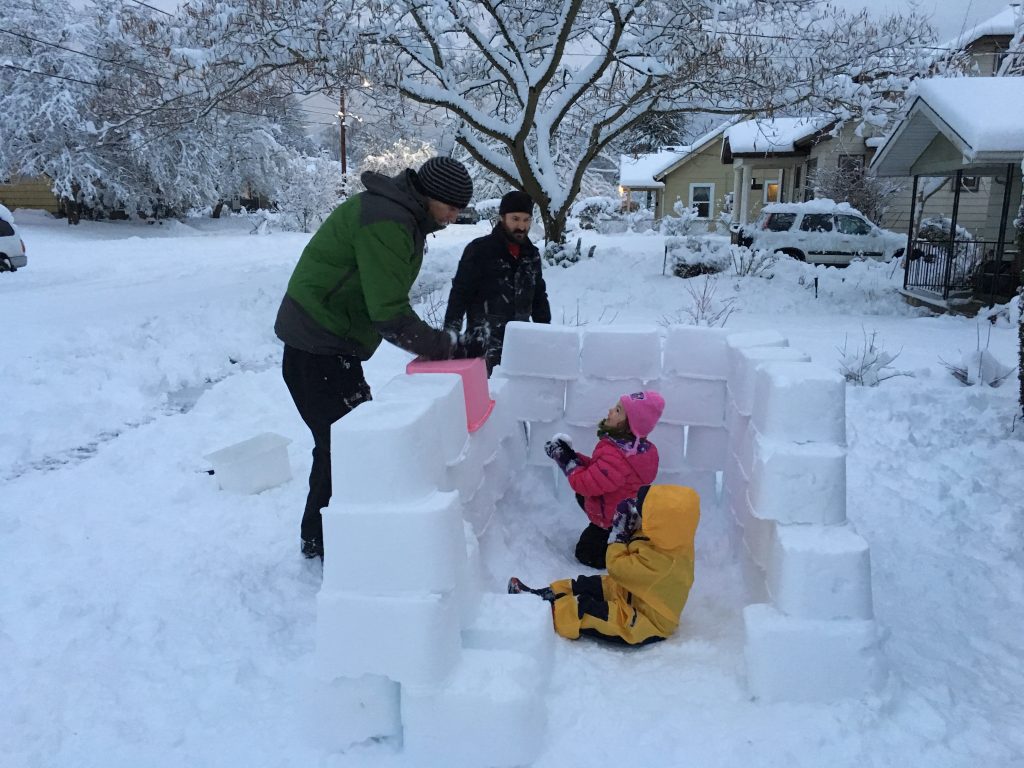 Their finished fort was pretty impressive and will likely stand for days and get lots more playtime! 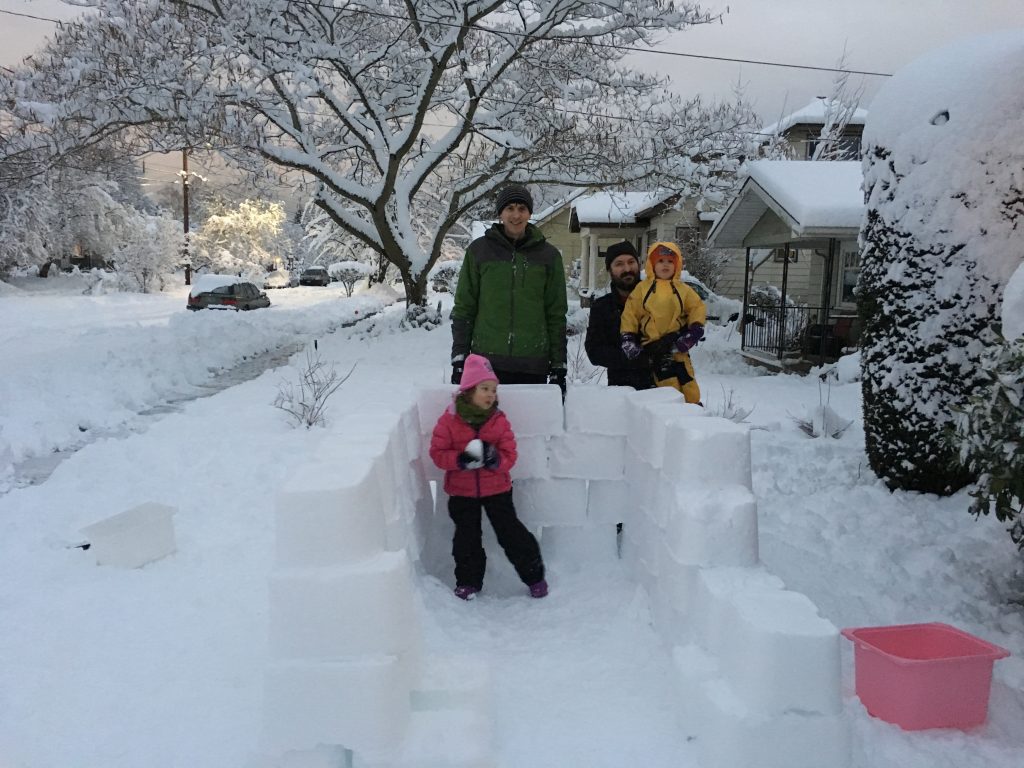 On our way home, we encountered a giant snowman in another neighbor’s yard. 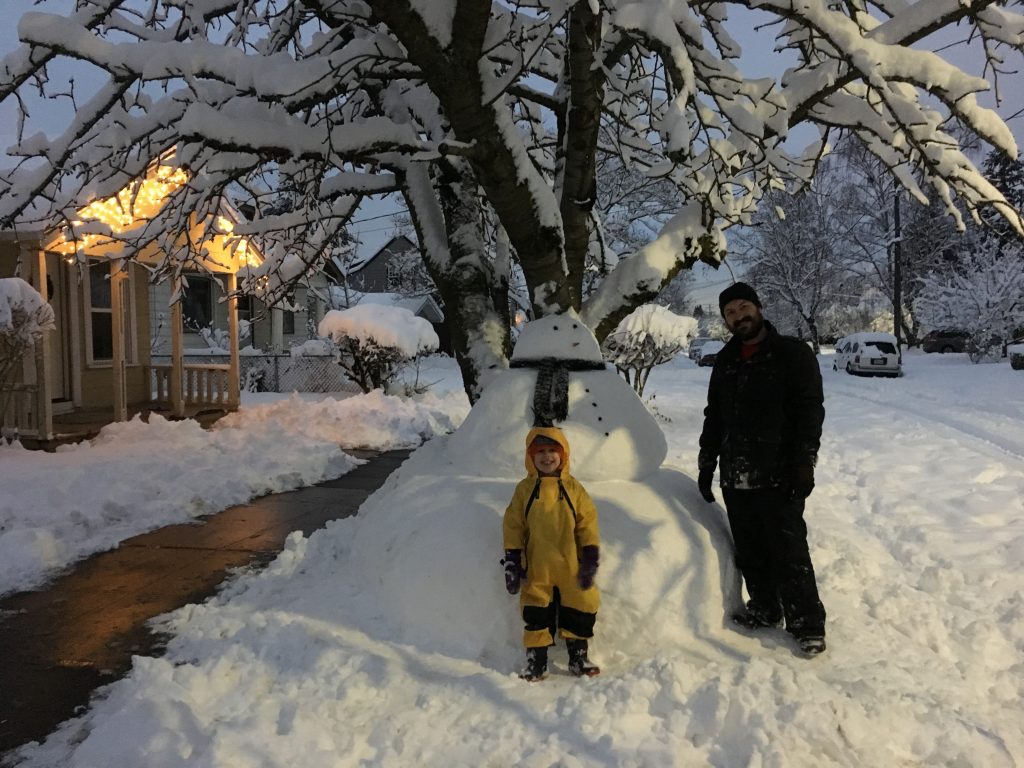 When we got home, Colette found that Zakk had made a tiny snow hill for her to sled down.

As Colette would say, “That sounds like a goooood day!”